My Google Trip to Florida

I am a nut for searching for mail order homes, kit homes, or even plan book houses. I spend hours just “google driving” the countryside and visiting cities. I do that while watching the news or during inclement weather.  We have had a lot of ‘weather’ here in Oklahoma lately!

Last week I was searching in Jacksonville Florida to help Rosemary Thornton find Sears houses for a reporter. I veered off course and stumbled upon a blog about a Sears house in Melbourne Florida. That often happens!

The blog said the house was a Sears Gordon however I knew otherwise. I easily located the house in the La Bertha Lawn addition in Melbourne.

I determined the exact address to be 509 Palmetto Ave. That “Sears” house is actually a Gordon Van Tine #620.  Rosemary says that 80% of people who think they have a Sears house are wrong however typically they do have a kit home but from another company. 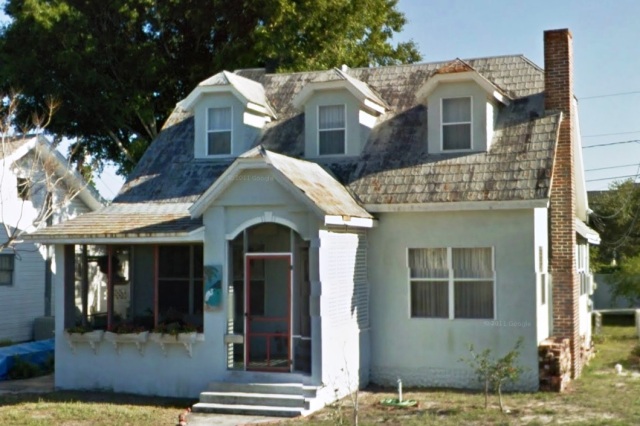 Wow! WOW WOW WOW! Is that it? Hold on…..my next step to make sure for those who doubt is this information from the assessor website. 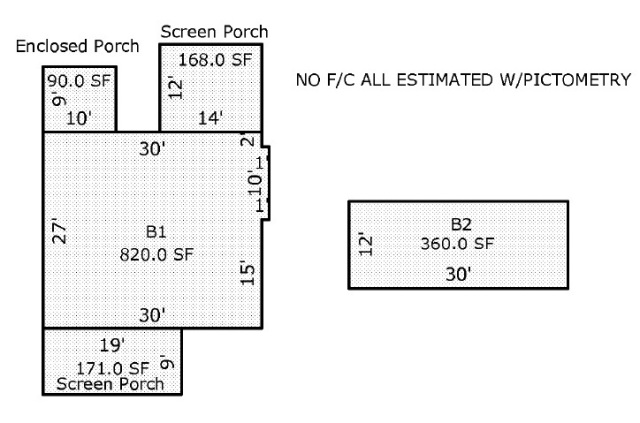 See how the measurements match up? Even for pictometry it’s pretty darn close!

One of the things I do when I find a kit home is look around the neighborhood. Well, I didn’t have to go very far in this neighborhood! 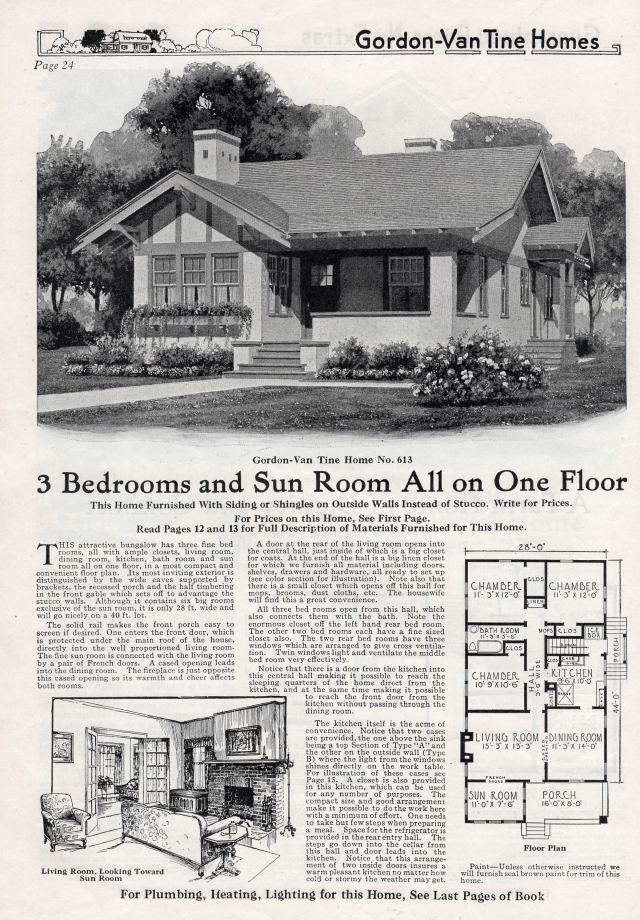 The funny thing about this image is that it is right next to the #620 in the 1926 catalog.

Look at the front and side of this house and compare them to that catalog image.

Side view of 501 Palmetto Ave

And just a little farther back……..what is that? Is that a garage?

Side view of 501 Palmetto Ave

How awesome! This house even has a Gordon Van Tine Garage! This is garage number 109 with stucco walls.

Of course I consulted the assessor records to see what the sketch shows. 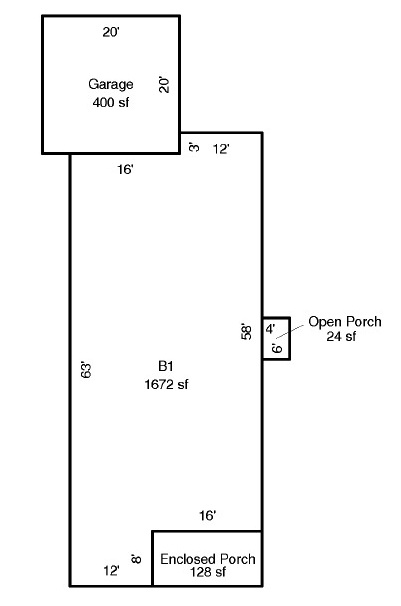 The assessor’s sketch of the house at 501 Palmetto Ave

The assessor photo of 517 Palmetto Ave

Holy kit house Batman!  Look at that! What a match!!!

Let’s take a look at the assessor sketch just to make sure. I have no doubt but I understand that there are people who are a little doubtful about identifying houses via google view. If you really know what you are looking for it can be done. I do it all the time!

I call that corner KIT HOUSE CORNER.  Now, riddle me this Batman…..was there another Gordon Van Tine house at 505, the empty lot?  Did the same person order all of them?  Mark Hardin and I set out to found out and had no luck.  These houses were occupied by renters in the 1930 census. What those homeowners need to do is be on the look out for a name stenciled on exposed lumber along with Gordon Van Tine or G.V.T. Davenport, Ia.  That will be the person who ordered the house(s) originally.

I have searched La Bertha Lawn high and low. I haven’t really seen anything that I thought might be a Sears house or a kit house for that matter.

I did see several cute little bungalows but nothing caught my eye.  I stopped at this cute bungalow on Fee Street in La Bertha Lawn Addition and they didn’t say much.  Someday I suspect google view will work that way!  Who would have thought years ago we could virtually drive the countryside like this? 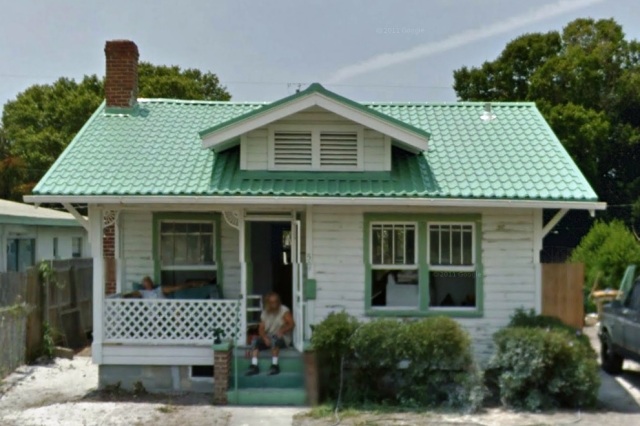 I decided to drive through town. I understand that they have “Sears” houses all over!

I started down East New Haven or Historic Downtown as the sign says.

When I got to 529 East New Haven I stopped dead in my tracks! Is that an Aladdin Plaza? 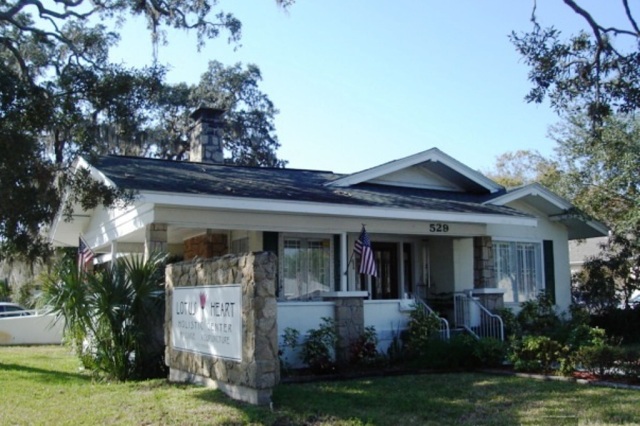 529 East New Haven as seen in the assessor website

Better check the side for that distinctive breakfast room that extends in the back! 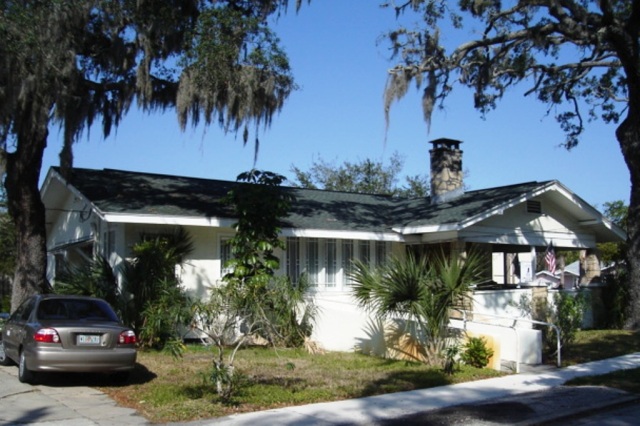 529 East New Haven side view from the assessor website

Oh darn! It doesn’t quite match. I did check the assessor sketch and the measurements look good. I’d bet that this is one of many versions of this popular bungalow! I have catalog and book images of several but I’m not sure if I have this exact image. I feel sure it is a plan book version though. So many people find those and when they don’t see the details they are often misidentified.

Maybe Melbourne doesn’t have an Aladdin Plaza but the house at 1114 Palmetto Ave appears to be an Aladdin Albany. According to the assessor the house was built in 1915. The Albany was first offered in 1911. The exterior measurements of the Melbourne bungalow match that of the Albany. Look at the catalog image and the photo and see what you think. 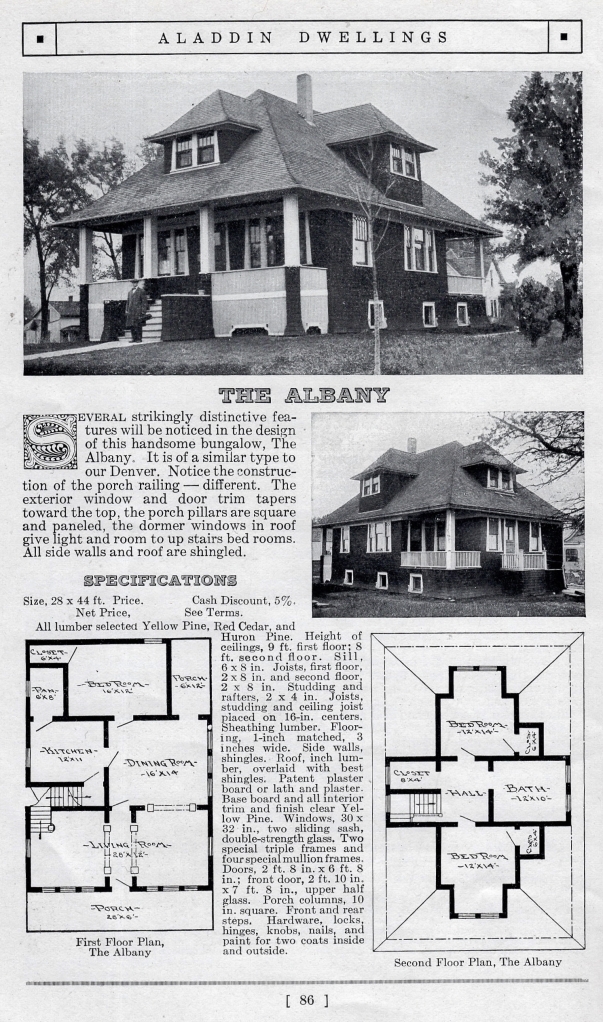 The Aladdin Albany from my 1914 catalog 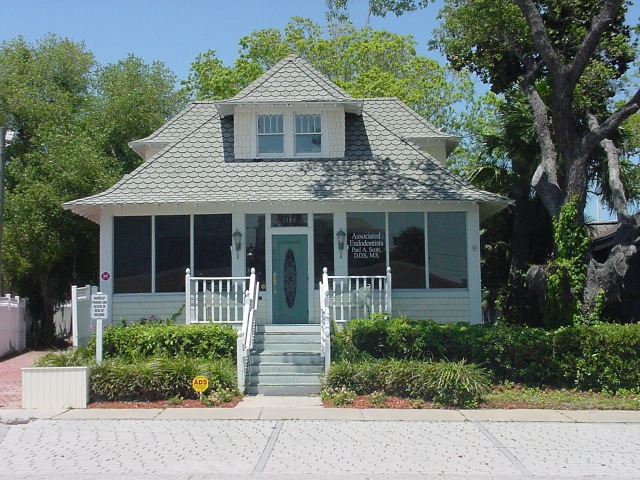 The Aladdin Albany has a very distinctive dormer.

I decided to see what else I could find in the area. Look what I found on North Indian River Drive! I should have known I would find a Gordon Van Tine #560. I find them all the time and in fact so frequent that I am sure I must be destined to live in one someday!

Edward Roberts home as featured in the 1916 catalog

This is the Aladdin Kentucky. This colorful image is from my 1916 catalog.

The Kentucky from my 1916 Aladdin catalog

I’m not sure about this house because I can’t get a real good look at it and the sketch is not available for some reason. But, it’s close enough of a match that someone there should check into it!

Is this an Aladdin Kentucky in Cocoa Florida?  Sure looks like it and given the proximity to the Aladdin mill in Hattiesburg I bet there are more Aladdin homes in Florida. 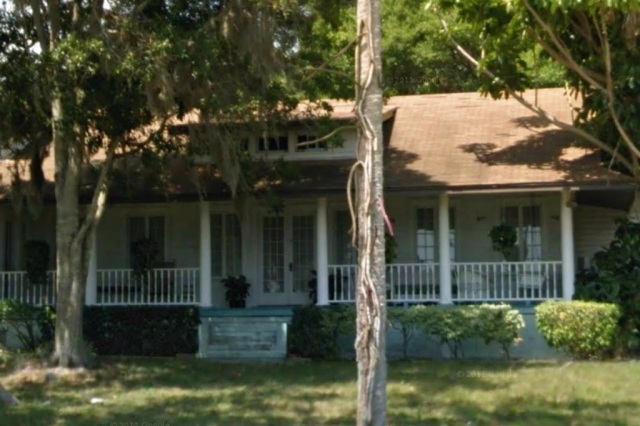 Also, in Cocoa I found another very familiar house. At 302 Peachtree Street is a1925  house that very closely resembles the Aladdin Shadow Lawn.

This house is at 602 Peachtree St in Cocoa

I’m not convinced because the measurements are off by two feet both directions. The Cocoa house measures 26’x28′ where as the Aladdin Shadow Lawn measures 28’x30′. What does that mean? It’s likely a plan book or pattern book house…much like the house on East New Haven that resembles an Aladdin Plaza!

The Design 12528-B from CL Bowes is a good example of a pattern book house that can be found in a kit home catalog and in this case the Aladdin Company.

The house on Peachtree Street would be worth checking out. I don’t think it’s an Aladdin and more likely a pattern book but check the room layout and measurements of the rooms.

See how difficult this can be? It really does take a trained eye to spot these houses! You have to know what you are looking for and pay very close attention to the details.

Would you like to know what else I have found just by  google driving? I am positive there are several mail order homes in Florida just waiting to be identified.  Check back soon and see!

Have you ever been to Fort Meyers Florida? They have a beautiful Gordon Van Tine #535! 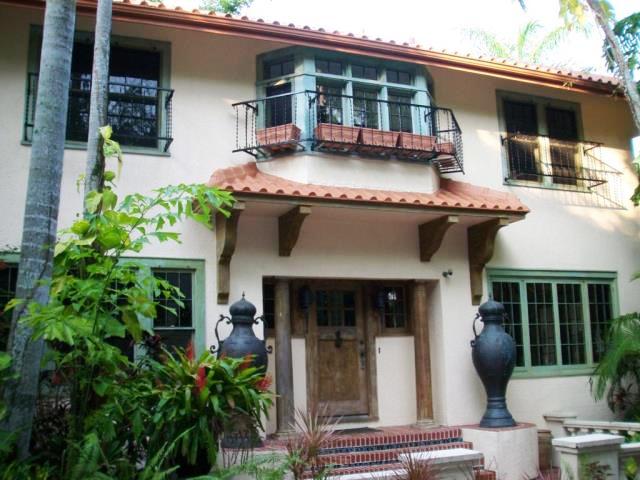 It didn’t take me long to spot this Aladdin Shadow Lawn in Fort Myers. According to the assessor this 1921 house measures 28’x30′ which is what the Shadow Lawn measures. It’s worth investigating!

Do you need help identifying a possible kit home? Send me a message here.

9 Responses to My Google Trip to Florida