FREE Bungalow! Extra Extra! Read ALL ABOUT IT!

Posted on August 7, 2015 by Rachel Shoemaker

Just when I didn’t think this little hobby or project could get any larger.  A few years ago I acquired a catalog from Los Angeles Investment Company from a man here in Tulsa.  I really made a good haul in that meeting and came home with a trunk full of paper treasures!  I started investigating this company to find out more than what I already knew.  After all I now have one of their rare catalogs and that’s an excuse to dig deeper. That and there were a few houses I recognized as kit homes offered a few years later and one being the front cover which looks just like the Sears “Hollywood”. I began by finding where the houses were built and who the designers and architects might be.  That sent me on a virtual journey to Los Angeles California.  I scoured the newspapers for any information I might find in the real estate sections.  One night I got lucky!  I came upon a house I knew very well, a house that was very familiar to me.  A house that I had seen not only in the LA Investment Company catalog but also in a kit home catalog.  A mystery that I had hoped to one day solve. I have a lot of those 😉

In that $25,000 of numerous prizes was a newly built bungalow by the LA Investment Company valued at $5,300. Heck of a deal. Here’s that FREE BUNGALOW as it appeared in the Los Angeles Herald as the front page of the contest section on March 21, 1910.

The front page of the contest section of the Los Angeles Herald March 22, 1910. Click to enlarge image. 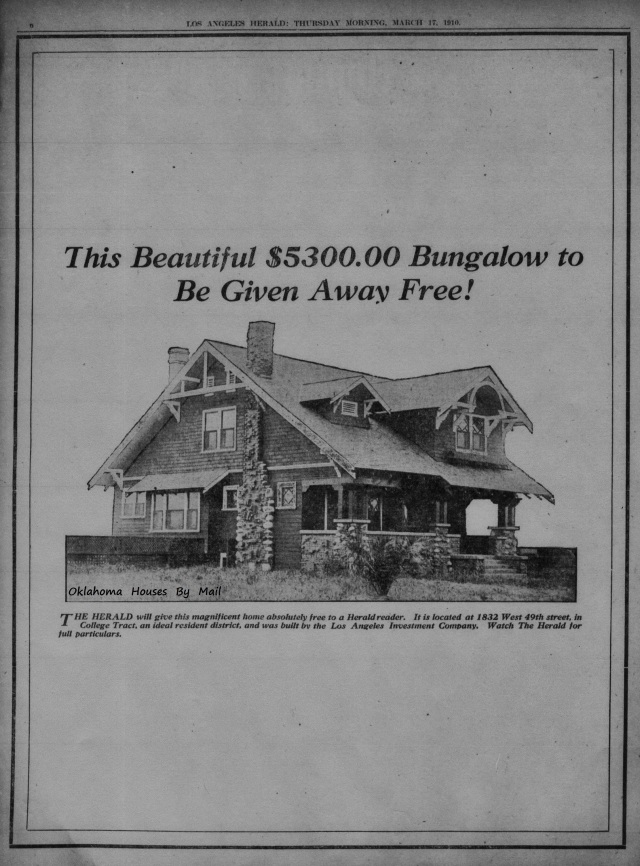 However, it was THIS page in the Los Angeles Herald on March 17th that caught my attention while searching for bungalows built by the LA Investment Company! I knew that house for another reason to be revealed at the end of this blog.  This page sent me on another adventure, where the house was located was obvious since the address is right there.

This page will give you all of the specifications if you are interested in that.

I was very curious about who won the bungalow so I read through the next few months newspapers to see how it all transpired. 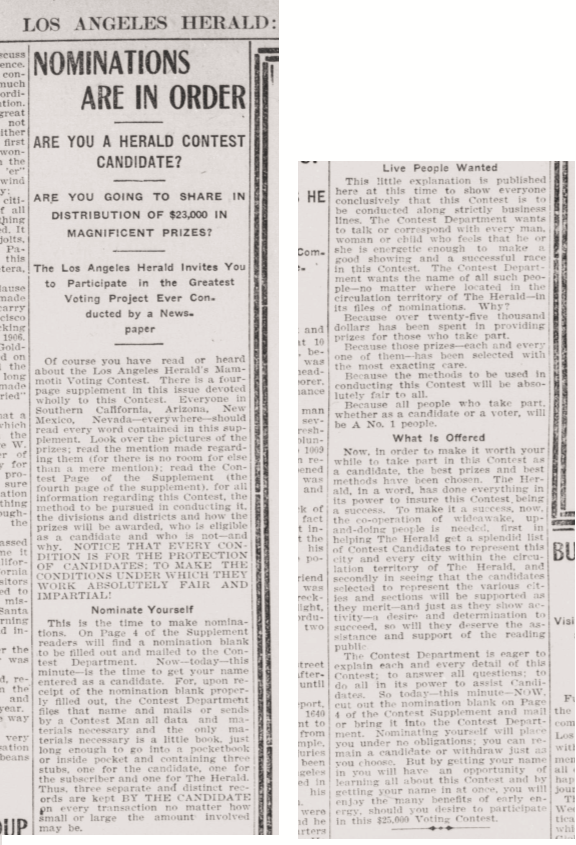 March 22, 1910 Nominations Are in Order. That’s a good place to begin! Who were the contestants?

The voting contest progressed and the nominations came in and the prizes were beginning to be awarded beginning with those of lesser value. It became obvious that a group of women known as the American Woman’s League of LA had their eye on the prize! One of their nominees was Jean Van Allen and that is who I would begin to follow.  The Los Angeles Herald was very supportive of this society for women and their events were regularly published.  They were in need of a temporary chapter house until one could be built for them.

May 1st the question was raised to attend the great jubilee convention or stay behind and have benefits to raise votes. Looks to me like they stayed behind!

Oh dear, it’s June 7th and there’s a new leader! Miss Jennie Van Allen, the nominee for the American Woman’s Club, is no longer in the lead! The voting contest ends June 30th! 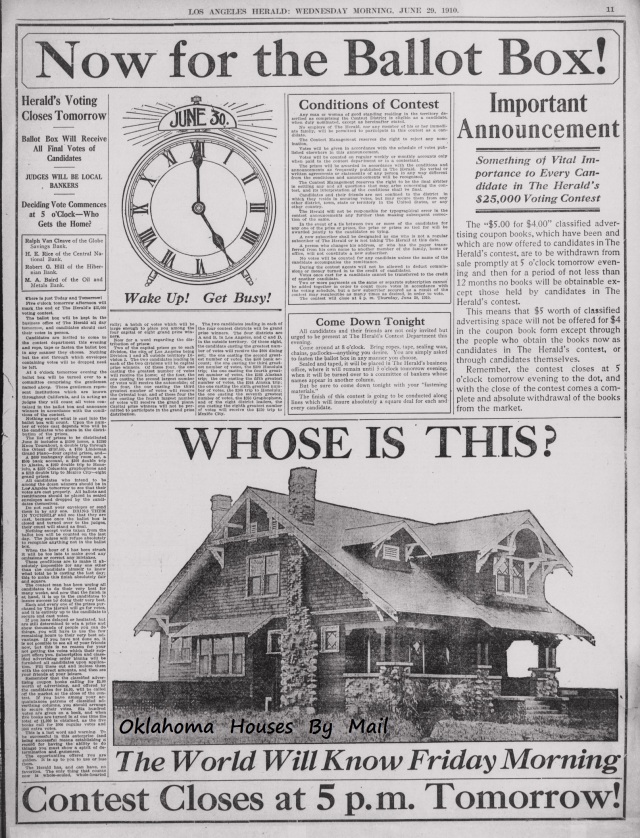 The voting contest ended on June 30th at 5pm. Who won the $5300 bungalow? Better yet, who would later offer this bungalow pattern and what are its ties to kit homes? 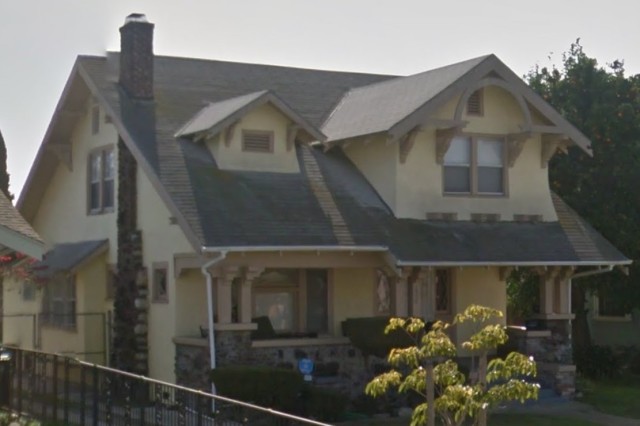 Here’s a screenshot of the house that was built by Los Angeles Investment Company in late 1909 early 1910 that was given away in a voting contest by the Los Angeles Herald. I wonder if the current owners know the story of their house? Do they know it was a prize bungalow? Literally!

Do you know? If you do leave a comment! Be sure and come back for my next blog to see who the winner was and what became of the house after that as well as what kit home company would later offer this pattern as one of their homes!

And, you can join our closed Sears Homes group on facebook too if you want to learn how to recognize kit homes and pattern book homes!

7 Responses to FREE Bungalow! Extra Extra! Read ALL ABOUT IT!